In June 1981, a mysterious new disease was discovered in North America. The disease, then called Gay-Related Immune Deficiency (GRID), would go on to change the course of the nation's history.

Caused by HIV (Human Immunodeficiency Virus), GRID, as the name suggests, was initially believed to only affect men who have had sex with other men.

However, after it escalated into an epidemic, the disease went from affecting a handful of gay men to affecting people in hundreds and thousands. Scientists learned that it affects men and women almost equally. And so the disease was renamed AIDS – Acquired Immune Deficiency Syndrome.

Then, in 2015, the FDA revised the controversial policy, stating that MSM can donate if they haven't had sex in the past 12 months.

Now, given the sharp decline in the supply of source plasma during the pandemic, the FDA re-revised the policy, reducing the pre-donation-sex period to 3 months.

Here's a neat timeline that illustrates the forces that led to these monumental decisions. 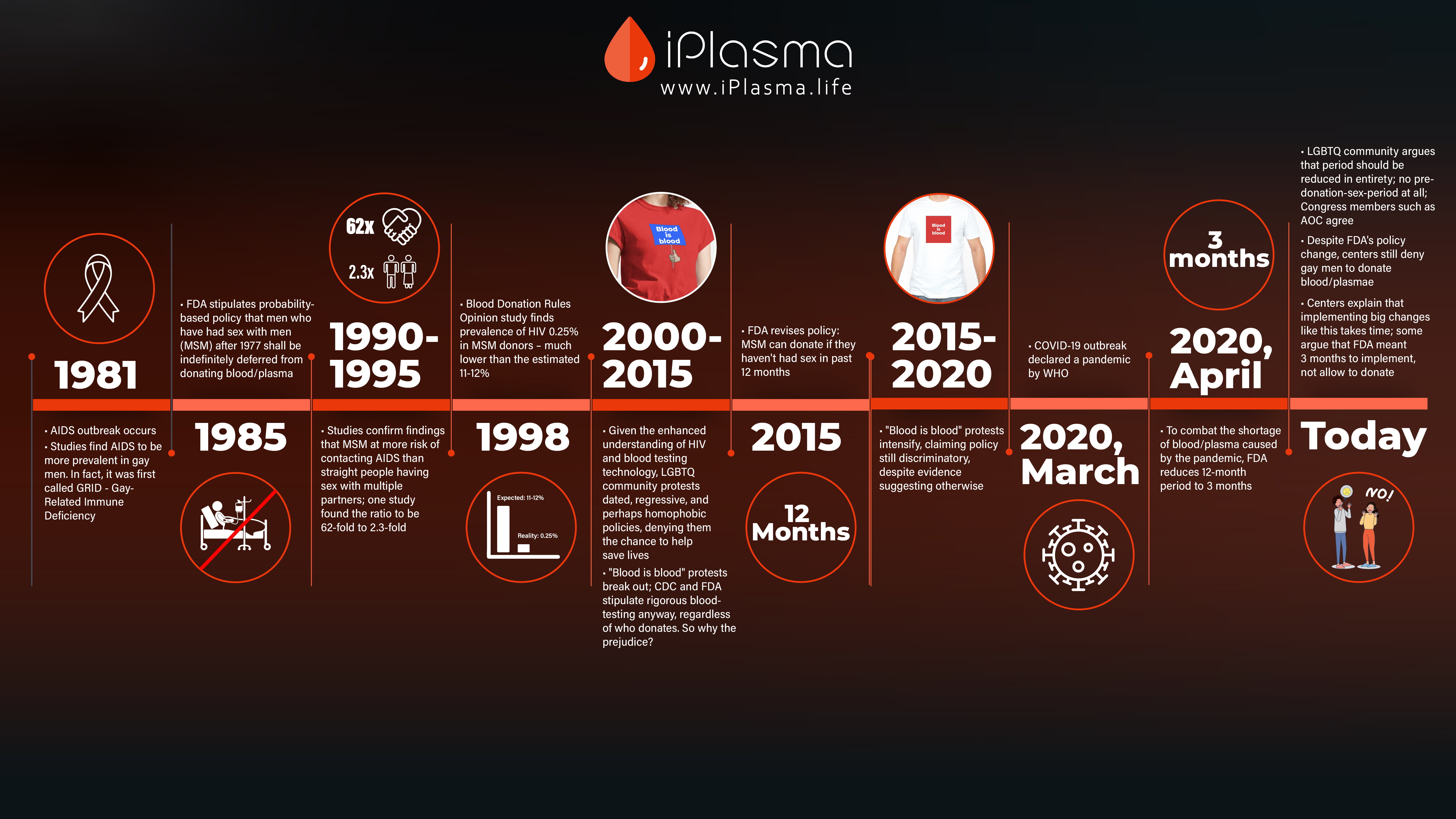 The big question remains: why even 3 months? With blood and plasma testing technologies so advanced, does it matter whom the blood or plasma is collected from?

Is the FDA's policy discriminatory? Or do the plasma centers have a point? What do you think?

We’re extremely excited that you have decided to apply.
Email Address is Already Registered

The iPlasma App Is Coming.

Be The First To Experience It.

Thank you for signing up to receive iPlasma updates.

Thank you for your interest in the iPlasma Beta Program.
A member of our team will reach out to you shortly.

Be The First To Know When We Launch In Your City

Be The First To Experience It

Success! Your message has been sent.