On January 19, several participants across the world came together to attend a conference to discuss one of the world's most pressing issues — the insufficiency of plasma therapies and its impact on patients fighting rare diseases. As is the case living in the new normal, the conference was held virtually, on Zoom.

Each of them is not just a doctor or scientist but also an ardent advocate of rare diseases and the plasma therapies that help treat them. They presented the challenges their associations face in neat presentations, highlighting not just the problems but also the possible solutions to them.

What was most remarkable about the conference was the single thread that ran through their presentations — we must focus on the global, not the national. Indeed, their perspectives, from different regions of the world, when viewed together, made this crystal clear.

Take for example two graphs presented by Dr. Ajmani in his Asian perspective of plasma therapies. 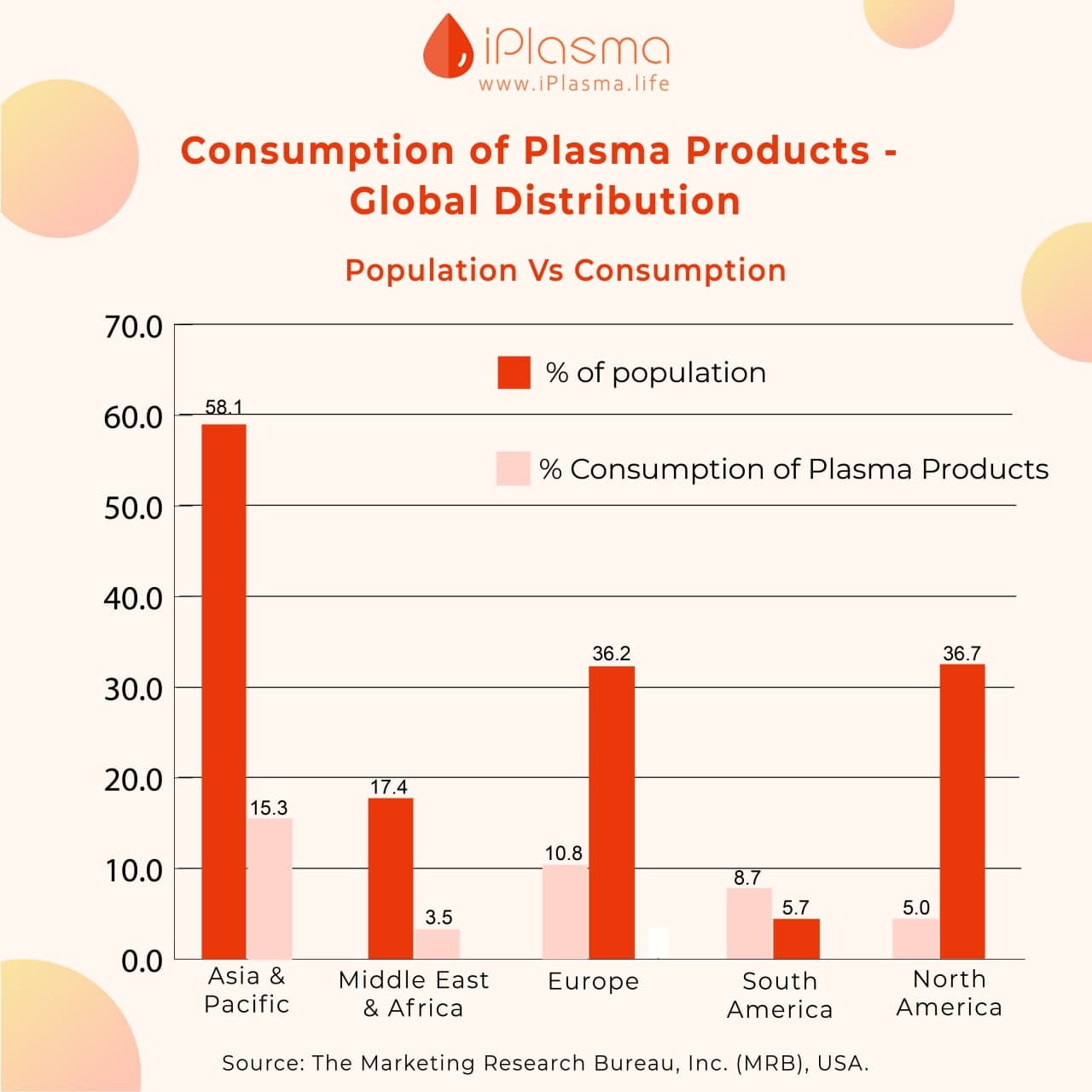 Even though Asia contributes a sizable volume of plasma, its need/consumption ratio is alarmingly high compared to the US and Europe. Should these developed countries shoulder the responsibility for closing this gap?

There are several ways to help — urging these governments to update dated regulations, dated equipment, and helping raise awareness to name a few. Indeed, these seem to be the three primary problems every region seems to face, though, more severely, the developing ones.

Associations like the PPTA have been of great help to the cause. According to Efantis's presentation, PPTA accounts for 80% of plasma therapies in the US and 60% in Europe. It also accounts for a fair share of the world's need for source plasma.

It shouldn't come as a surprise since PPTA is highly active in advocacy, health and safety policy, and maintaining industry standards. Its approach has always been patient-centric, and its decision-making science-based.

Lastly, to promote access of safe and effective life-saving therapies for all patients across the world, Efantis laid heavy emphasis on the fact that besides awareness and technological advances, what is required is that both private and public centers collect plasma. In other words, if the two put aside their agendas and work together to achieve one common goal — saving lives; doing real, lasting good.

Learn more about plasma at www.iplasma.life

We’re extremely excited that you have decided to apply.
Email Address is Already Registered

The iPlasma App Is Coming.

Be The First To Experience It.

Thank you for signing up to receive iPlasma updates.

Thank you for your interest in the iPlasma Beta Program.
A member of our team will reach out to you shortly.

Be The First To Know When We Launch In Your City

Be The First To Experience It

Success! Your message has been sent.